Fans in and outside Japan have taken to social media with messages and videos of gratitude for popular J-pop boy band Arashi, who went on hiatus from New Year’s Day.

The five-member group, which made its debut in 1999, bid a temporary farewell on New Year’s Eve in a virtual live concert while also appearing on Japan’s annual year-end music extravaganza on public broadcaster NHK. There was no audience at either event due to the coronavirus pandemic.

“When times get rough and you are troubled, music will always be by your side. When you’re sad, please listen to the (songs of) Arashi,” member Jun Matsumoto said during the livestreaming concert from 8 p.m. at Tokyo Dome.

Matsumoto, 37, and the four other members of Arashi ― Satoshi Ono, 40, Sho Sakurai, 38, Masaki Aiba, 38, and Kazunari Ninomiya, 37 ― sang and danced to songs such as Love so sweet and their debut single Arashi.

Arashi has been one of the country’s most successful all-male idol groups, managed by Japan’s powerhouse entertainment agency, Johnny & Associates Inc. But they stunned their millions of fans with their January 2019 announcement that they planned to temporarily stop performing together.

In the runup to the hiatus, fans from the Philippines ran a 15-second video message at a shopping mall in Manila in late December. In a YouTube video a group of fans from Malaysia sang Whenever You Call, the group’s first all-English song. Fans from Peru posted a video thanking the group and saying it is “not a goodbye.” (Kyodo) 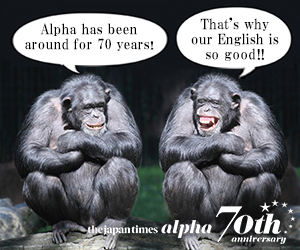